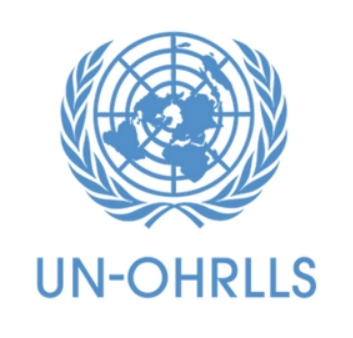 The Landlocked Developing Countries (LLDCs) are faced with special trade and development challenges, due to their lack of territorial access to the sea and geographical remoteness from the international markets. Exports and imports of LLDCs are required to transit through at least one neighbouring State. Additional border crossings and long distances from major markets, coupled with cumbersome transit procedures and inadequate infrastructure, substantially increase the total expenses for transport and other transaction costs, which erodes the competitive edge of landlocked developing countries. The high trade costs faced by the LLDCs are a key factor in preventing their effective integration into the global trading system.

The Vienna Programme of Action for the Landlocked Developing Countries for the decade 2014-2024 (VPoA), adopted during the Second UN Conference on the Landlocked Developing Countries held at Vienna in 2014, offers a holistic approach to improving the integration of LLDCs into global economy through six mutually reinforcing priority areas that include: Fundamental Transit Policy Issues; Infrastructure Development and Maintenance; International Trade and Trade Facilitation; Regional Integration and Cooperation, Structural Economic Transformation, and Means of Implementation.

The VPoA recognises that the non-physical barriers, delays and inefficiencies associated with border crossings and ports, including customs procedures and documentation requirements, uncertainty in logistical services, weak institutions and widespread lack of human and productive capacities, continue to make transport costs high and are at the core of the continued marginalization of many LLDCs. The VPoA therefore aims to amongst others, significantly simplify and streamline border crossing procedures with the intention of reducing ports and border delays, and to ensure that all transit regulations, formalities and procedures for traffic in transit are published and updated in accordance with the World Trade Organization Agreement on Trade Facilitation (TFA). To realise these objectives, the LLDCs as well as the Transit Countries and the Development partners have undertaken to implement some actions including the TFA, in particular scale up and implement trade facilitation initiatives such as single-stop inspections, single windows for documentation, electronic payment, and transparency and modernization of border posts and customs services, among others.

The General Assembly Resolution A/RES/71/239 on the Follow-up to the second UN Conference onLandlocked Developing Countries adopted in 2016 stressed that improved trade facilitation, including through further streamlining and harmonization of customs and transit procedures and formalities and transparent and efficient border management and coordination of agencies involved in border clearance, would help LLDCs to enhance the competitiveness of their export products and services. General Assembly Resolution A/RES/72/232 adopted in 2017 called for the full and timely implementation of the TFA by all members of the World Trade Organization and also urged members to continue to provide and enhance technical and capacity-building assistance to the LLDCs.

The Office of the High Representative for the Least Developed Countries, Landlocked Developing Countries and the Small Island Developing States (UN-OHRLLS) is mandated by the General assembly to ensure coordinated follow-up to and effective monitoring of and reporting on the implementation of the present Programme of Action, and will undertake advocacy efforts at the national, regional and global levels. UN-OHRLLS encourages the implementation of the TFA and other trade facilitation initiatives by the LLDCs and transit countries with a view to addressing the high trade costs faced by the LLDCs. OHRLLS also undertakes substantive work on trade and trade facilitation and raises awareness on the challenges of the LLDCs. OHRLLS supports the implementation of trade facilitation reforms by the LLDCs and transit countries and therefore promotes partnership and cooperation between the LLDCs, transit countries, UN system organizations, private sector, international and regional organisations and development partners.